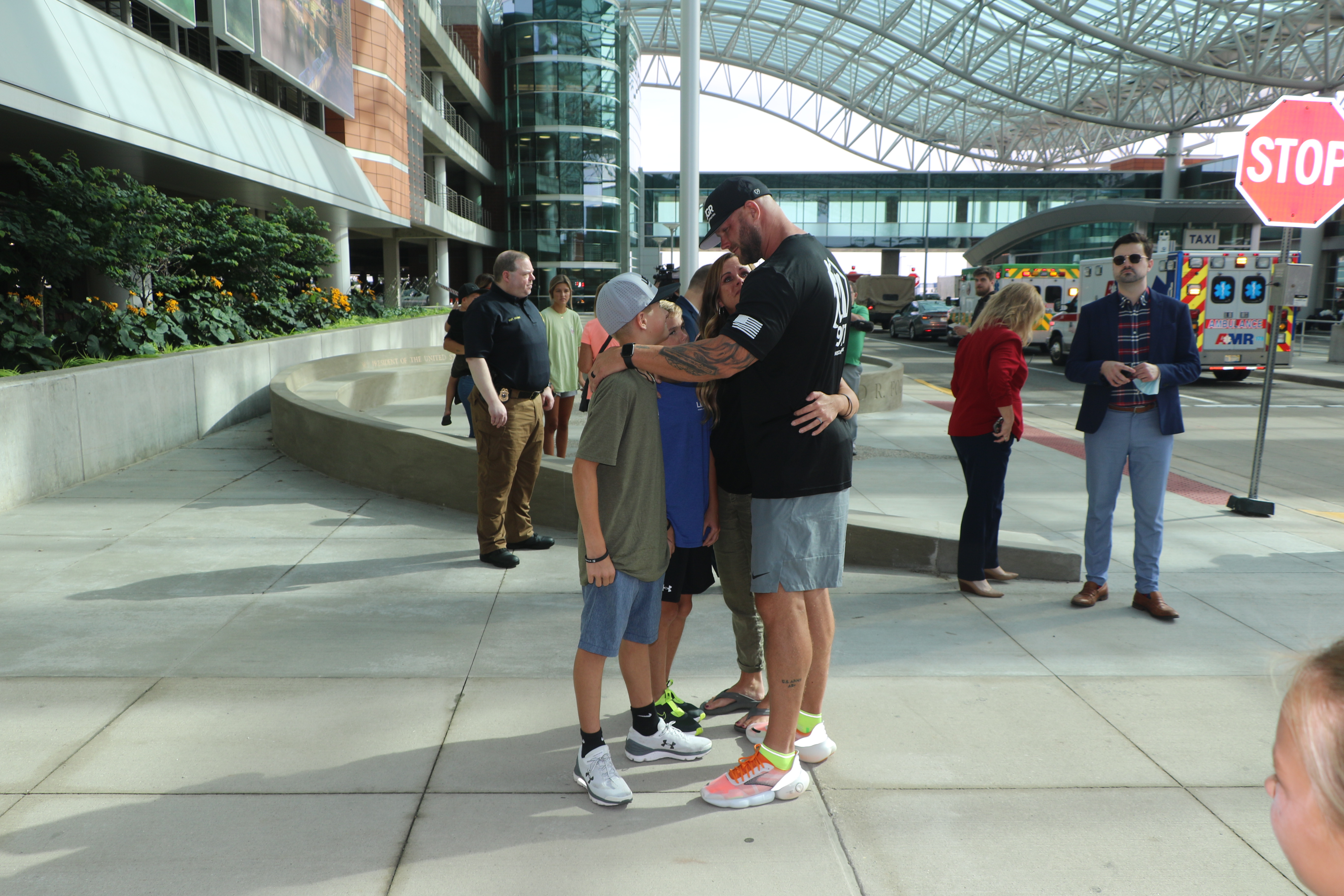 Representatives from Kent County Sheriff’s Office, Cascade Fire Department, Ada Fire Department, American Medical Response, Life EMS and the Michigan National Guard will escort Johnson-Brower from his home to the Airport, where the Kentwood Fire Department and Gerald R. Ford International Airport Police and Fire Department will be waiting to finish the escort to the terminal. Guests and those around the Airport during this time should note there will be increased first-responder vehicle presence with lights, but no sirens will be in use.

Johnson-Brower will be available for brief media interviews at 10:00 a.m. under the terminal canopy on the north side, next to the Gerald R. Ford statue.

“What I saw while serving on 9/11 gave me eternal appreciation and respect for all who choose to wear the uniform,” said Johnson-Brower. “This walk is my way of honoring the unbelievable heroism shown by our first responders and service members.

“This will no doubt be an emotional – and physical – test, but the strength and courage shown by those who responded, gave their lives and are still suffering from the attacks will bolster me.”

“We are honored to serve as the departure point for Jesse’s ambitious undertaking,” said Lisa Carr, director of public safety and operations for the Airport Authority. “This day is engrained in the minds of all Americans – and holds a particular significance for those of us in the aviation industry. We commend Jesse as he pays tribute to the brave people who helped defend our country on that fateful day 20 years ago.”

On Sept. 11, 2001, 19 al-Qaeda-affiliated hijackers caused the deaths of 2,606 U.S. citizens and 372 non-U.S. citizens, excluding the terrorists. Significant health effects, both physical and mental, are encountered by countless service and private individuals who survived the attacks.