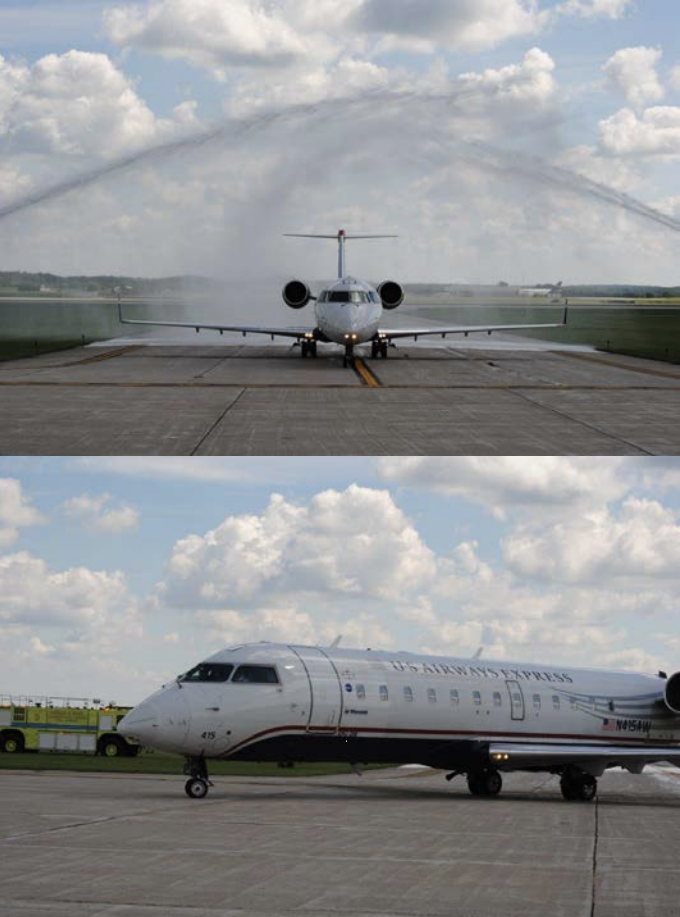 The Grand Rapids community welcomed the inaugural flight with a water cannon salute by the airport’s Fire Department, a Charlotte and Philadelphiathemed cake, as well as Carolina BBQ sandwiches and Philly Cheesesteaks. Representatives from the airport, the airport board and dignitaries in the West Michigan community were on hand to welcome passengers that stepped off US Airways Express flight 3890, arriving from Charlotte.

“We are thrilled to have American, and partner US Airways, expand our air service market in Grand Rapids, and we look forward to offering more choices for our travelers,” said GFIA Executive Director Brian Ryks.

“This new nonstop service to Charlotte and Philadelphia will not only connect West Michigan to two large, thriving cities, but it will also provide convenient connections to many other domestic and international destinations.”

In addition to these two new routes, American also offers service to GRR from its hubs in Dallas/Fort Worth (DFW) and Chicago O’Hare (ORD). In December 2013, American Airlines and US Airways closed their merger, creating the largest airline in the world.

Travelers can book now for these flights operated as US Airways Express, which begin in Grand Rapids on Sept. 3, 2014.