Ford International Airport to be New Home for 1975 Calder Plane Gifted to Grand Rapids in Honor of Connection to President and Mrs. Ford 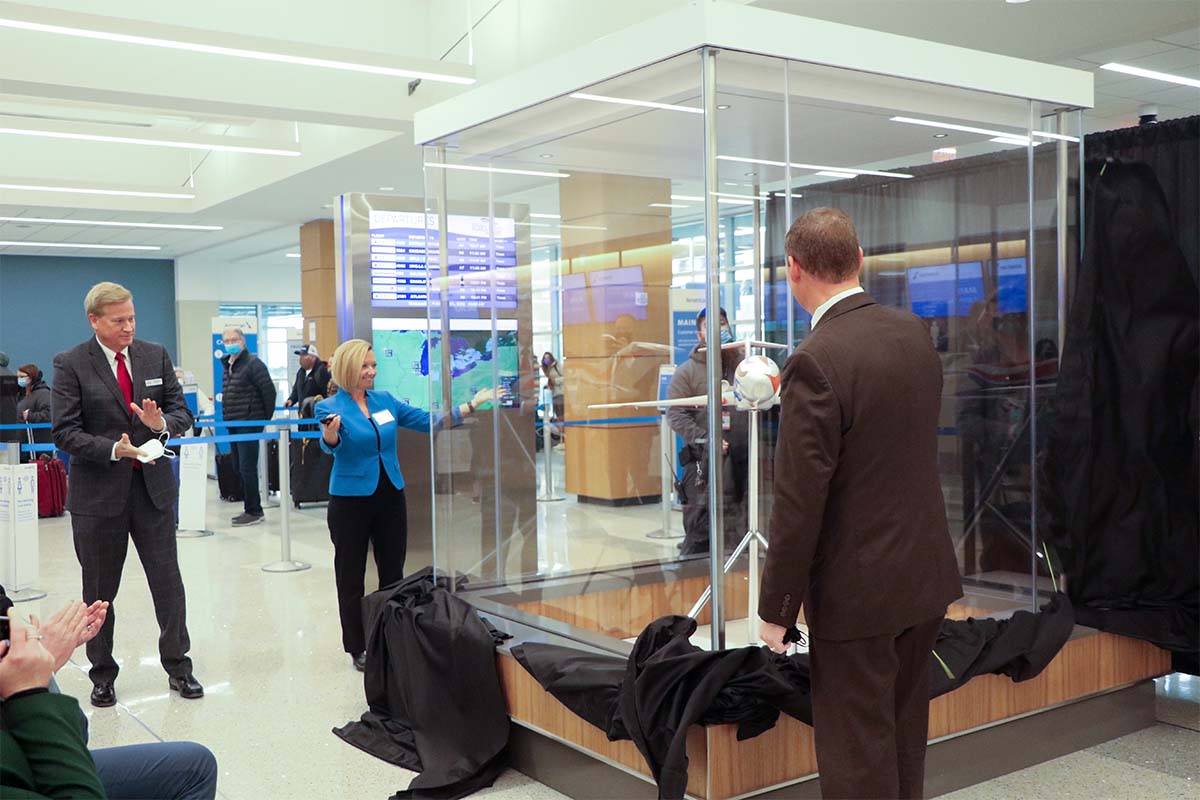 Masks were removed briefly for photo

Commissioned by Braniff International Airways and hand painted by the artist and sculptor who has strong ties to West Michigan, “Flying Colors of the United States” is gouache on resin-cast plastic. A gift to the City of Grand Rapids in 1975, the airplane features the stars and stripes flag waving in the wind with Calder’s bold signature on the tail.

The design from Calder, whose La Grande Vitesse has become a symbol of pride for Grand Rapids, was recreated on a Boeing 727. First Lady Betty Ford presided over the ceremony in the nation’s capital when the actual plane was dedicated Nov. 17, 1975 – the year before the celebration of America’s 200th birthday and the year of Calder’s death.

The model was presented to the City of Grand Rapids by Braniff two days later when the Flying Colors flew into Grand Rapids. The City is loaning the model, which has a wing span of 74 inches, so it can be viewed by residents and visitors who travel through Ford International Airport.

“We are incredibly pleased to unveil a second Calder piece for our growing collection, which underscores our commitment to both preserve the history of our community and to highlight its public art,” said Tory Richardson, president and CEO of Gerald R. Ford International Airport Authority. “We appreciate the opportunity to partner with the city of Grand Rapids to showcase this striking sculpture, which is a welcome addition to our entrance hall.

“As the gateway to West Michigan, we are honored to host Flying Colors at the Ford International Airport.”

Discussions around relocating Flying Colors began in 2019 as Ford International Airport was in the midst of the first phase of its Gateway Transformation project to upgrade the guest experience. The Airport Art Committee collaborated with representatives from Grand Rapids and others involved in the arts and historical preservation to develop an appropriate display prior to the move.

That process was interrupted for nearly a year by the COVID-19 pandemic, resuming in March 2021 as passenger volume began to increase. In September 2021, a painted wooden model of La Grande Vitesse was moved to the east end of the entrance hall as work continued on a display case for Flying Colors, which is located at the other end of the hall.

The La Grande Vitesse stabile, which sits on Calder Plaza in downtown Grand Rapids, was the first piece of public art in the nation to be purchased with a grant from the Art in Public Places program.

“It is such a privilege to welcome Flying Colors to Ford International Airport,” said Board Chair Dan Koorndyk. “President Ford and the First Lady were known for their support of the arts, helping to commission pieces that would serve as the focal point for our community – and the source of true community pride.

“They both recognized the importance of having art interwoven throughout the community for the enjoyment of all. We are so pleased that Ford International Airport is now home to two such noteworthy pieces of Calder art.”

That sentiment was echoed by Mayor Rosalynn Bliss, who noted: “By investing in the arts, we can increase local business activity, provide a better quality of life for residents and elevate our tourism efforts to make Grand Rapids a true destination. We appreciate our partnership with the Ford International Airport, which has graciously created a wonderful new home so Flying Colors can be viewed and appreciated by all.” 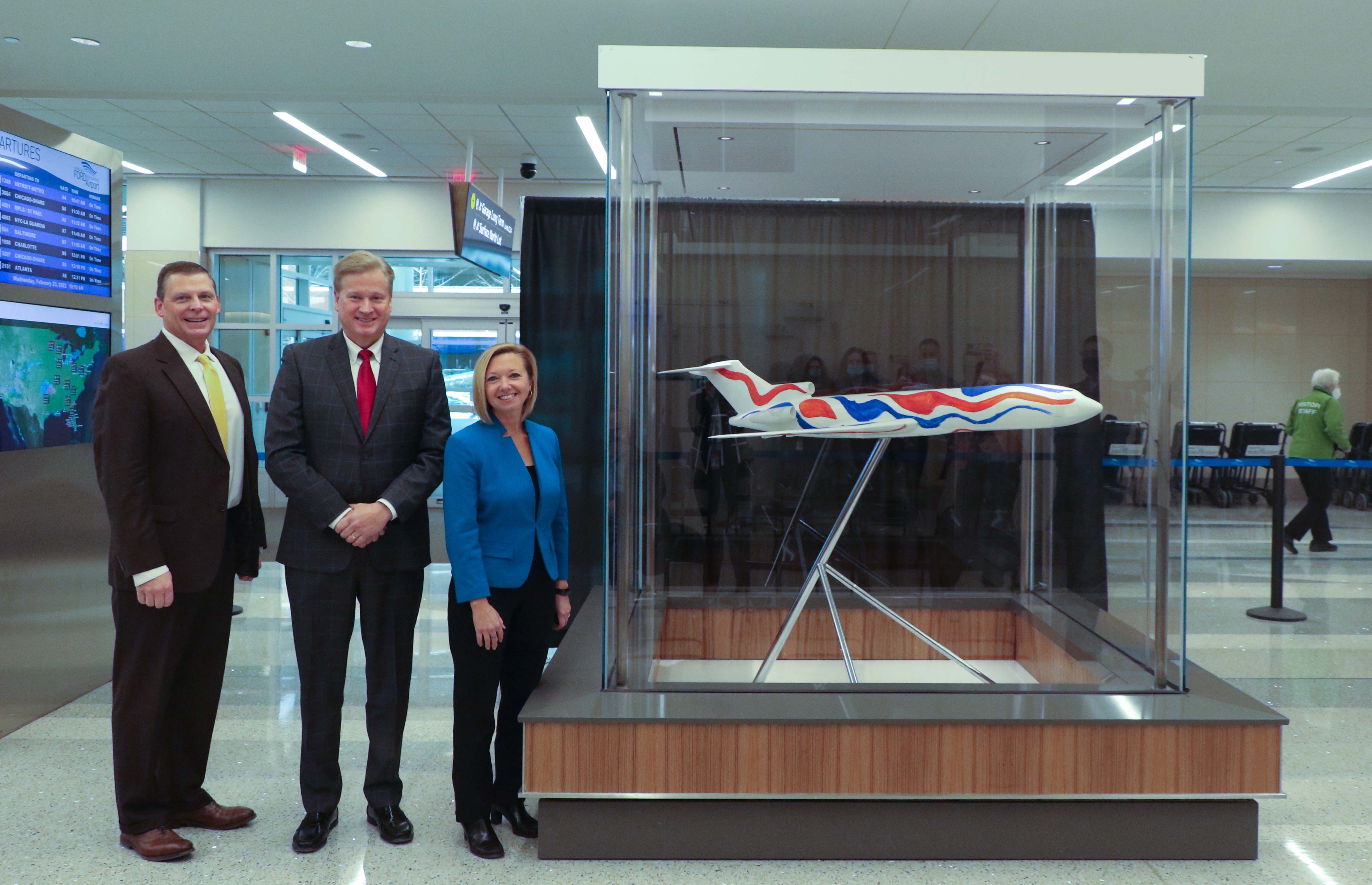 Masks were removed briefly for photo