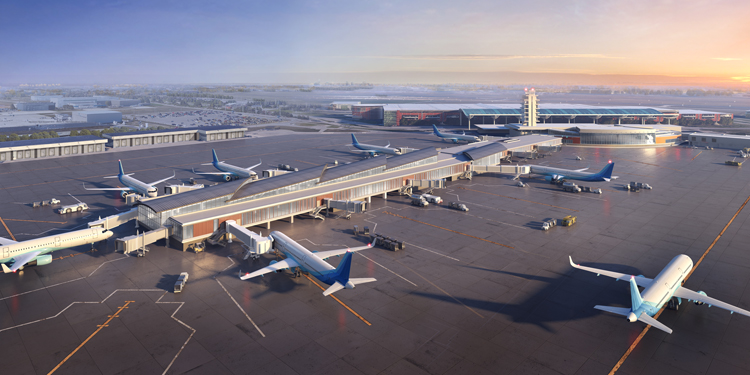 Groundbreaking for Kent County's first airport took place on November 26, 1919, four miles from downtown Grand Rapids on what is now an industrial area near Roger B. Chaffee Drive. This was eight years after the area witnessed its first aircraft landing, a Wright Brothers biplane at Comstock Park State Fairgrounds on September 10, 1911. The airport was operated by the Kent County Board of Supervisors.

The 140 acres of land for the airport site was originally used for the Kent County Agricultural Society, but it eventually became the Grand Rapids Aero Club and was used to “further the science of aviation.” The Airport moved to its current location on 44th Street on November 23, 1963 as the Kent County Airport, and in 1999 became the Gerald R. Ford International Airport.

The airport is celebrating with passengers and guests tomorrow afternoon (November 26) in the Grand Hall from 1 p.m. - 4 p.m. with cupcakes, toy planes, coloring books, and historical photos and displays. The event is free and open to the public as well.

“It is fitting that we are celebrating 100 years of aviation history in Grand Rapids as we embark on a busy holiday week and a historical, record-breaking year for our airport in terms of passenger traffic,” said GFIA President & CEO Tory Richardson. “We look forward to celebrating this milestone with our visitors and guests, and we can’t wait to see what the next 100 years holds.”