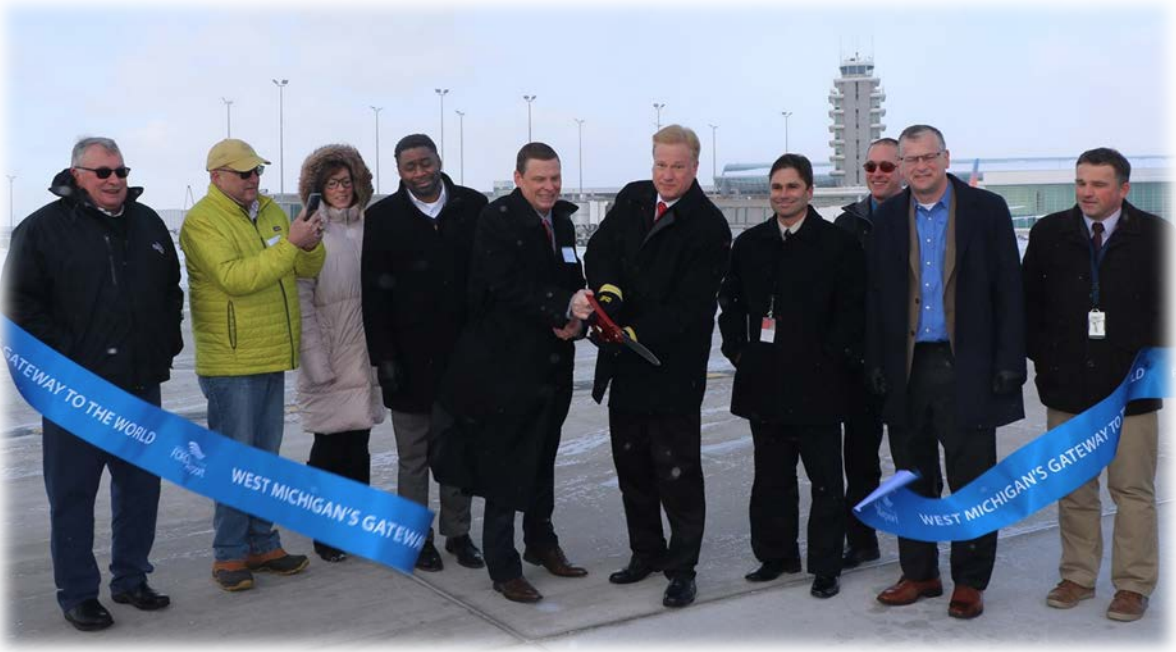 
The project repaired the terminal apron – the area where aircraft are parked, unloaded or loaded, de-iced, and refueled. The construction was completed in seven phases over the course of two years to allow for adequate gate space for air carriers.

“We had over 195,000 cubic yards of excavation on this project – that’s enough to fill 60 Olympic sized swimming pools,” said GFIA President & CEO Tory Richardson. “We are also proud of the fact that 99-percent of the materials removed from airport property during this project were reused or recycled, and we did this construction with minimal impacts to our passengers.”

The project removed aging concrete pavement and replaced it with 153,000 square yards of new concrete for future airport development and aircraft loadings. The amount of concrete placed equates to a nearly 250-mile stretch of four-foot wide, four-inch thick sidewalk – enough to walk from GFIA to the Mackinac Bridge.

In addition to the apron repair, GFIA installed all new LED lighting in the apron area to reduce energy usage. Upgraded stormwater drainage system and underground utilities were also complete to accommodate for future airport development.

The $30 million project received most of its support through federal funding.

“We had tremendous support at the federal level through Senator Stabenow and Senator Peters along with Representatives Amash, Huizenga, Moolenaar, and State Senator Peter MacGregor,” said GFIA Board Chair Dan Koorndyk. “Those delegates continue to support our airport as we look at future projects and we are thankful for their efforts.”