Authority Board Announces $90 Million Expansion of Concourse A 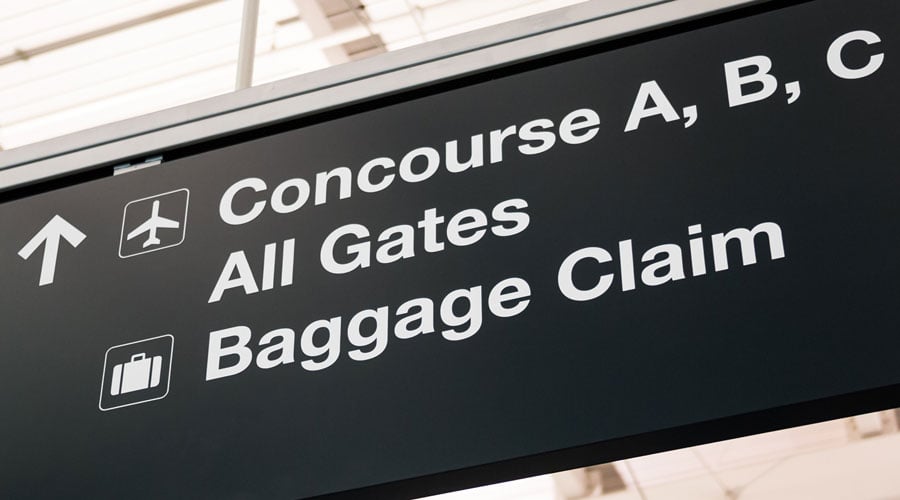 Grand Rapids, Michigan, August 28, 2019 – The Gerald R. Ford International Airport Authority Board today announced Project Elevate, a three-development expansion of Ford Airport that begins with a $90 million extension of Concourse A to accommodate projected passenger growth over the next 20 years.

Building construction is set to begin in spring 2020 on the addition to Concourse A, which will add eight gates and new amenities. Expansion of the terminal apron to support this state-of-the-art concourse is already underway, thanks to more than $14.4 million in federal and state commitments from the Federal Aviation Administration and the Michigan Department of Transportation.

Airport leadership is currently seeking federal approval for the second development of Project Elevate, which proposes to add a federal inspection station, or FIS, capable of screening international commercial passenger flights. The third development will be to relocate the current air traffic control tower, or ATCT, to make way for diverse terminal-area developments such as additional tenant hangars and more parking, among others.

No local taxpayer dollars will be used to finance Project Elevate, which will be paid for with a combination of federal and state grants, municipal bonds issued by the airport and user fees.

A media kit with a backgrounder, video, images and more is available here.

“The airport is the first impression many people see when they arrive in West Michigan – and the last view they will remember as they leave,” said Airport Authority Board Chair Dan Koorndyk. “Project Elevate will change the skyline of the airport. It sets the stage for not only the airport’s growth, but our region’s as a whole. “Through this monumental transformation, we will create world-class facilities that will enhance the travel experience while providing crucial behind-the-scenes infrastructure needed to meet our growth. Our airfield still has plenty of capacity, but our terminal has a number of choke points. Project Elevate will address these issues, building on the success of our Gateway Transformation to create an airport ready to serve the modern passenger.”

GRR has experienced double-digit passenger growth for the past 19 months, posting an increase of 16% to more than 3.26 million passengers for 2018. As an “origination and destination” airport, GRR now has more aircraft that end their trips and park overnight in Grand Rapids than it does gates. Forecasts show steady passenger growth averaging 3.5% annually through 2040, underscoring the need for the expansion.

“With record numbers of people traveling through GRR and West Michigan’s strong economy continuing to create new opportunities, the Ford Airport is at a crucial intersection,” said U.S. Rep. Bill Huizenga, who spoke at Wednesday’s media conference unveiling Project Elevate. “It is critical to invest in our aviation infrastructure to ensure we can meet the needs of residents and travelers who will make West Michigan an even better place to live, work and visit.”

Project Elevate represents continued implementation of GRR’s master plan, which reviewed past and projected passenger growth along with infrastructure shortfalls before developing a plan to accommodate that growth and “connect GRR to the world,” according to Koorndyk. In addition to roadways and gates, the master plan anticipates the additional facilities and airfield infrastructure needed to meet growing demand for air travel.

Concourse A currently has seven gates while Concourse B has eight gates. The first portion of Project Elevate will add eight new gates to Concourse A, widening the 66-foot concourse to up to 120 feet and lengthening by 510 feet to a total of more than 900 feet.

When completed in 2022, the GRR morning launch will be more seamless for passengers and airlines, and the airport will be situated to accept many more daily flights for thousands of additional passengers. Concourse A is expected to create more than 125 construction jobs and 300- plus permanent positions.

“A lot of hard work and planning has gone into ensuring the success of Project Elevate,” Koorndyk said. “I want to thank GRR leadership and our board for their dedication and leadership in shaping this project. The support from Congressman Huizenga’s office as well as that of Sen. MacGregor’s office has been instrumental in securing initial funding. We also appreciate the efforts of Dick DeVos in advocating for this project at the federal level and The Right Place in championing it at the state level.”

Project Elevate will build on the success of the $47 million Gateway Transformation project, which began in 2014 and will wrap up spring 2020. The project raised more than $17 million from the business and philanthropic communities in West Michigan to support a complete remodel of the terminal and the Gateway to West Michigan to enhance the passenger experience.

The second phase, which is currently underway, “finishes the facelift” and focuses on ticketing, baggage screening, baggage claim and other “front of house” areas. A key feature of the second phase includes relocating TSA baggage screening equipment from the airline queuing areas and adding restrooms, dining and beverage options near the baggage claim.

“We are so grateful to all those who invested in the airport and allowed us to complete our Gateway Transformation, raising our profile as an airport from functional to iconic,” said COO Alex Peric.

“The project allowed us to fix some pre-9/11 infrastructure but did little to address challenges related to our growth. Project Elevate builds on the progress we have made and allows us to address capacity constraints.”

Ford Airport has also begun conversations at the federal level to house a federal inspection station, or FIS, which would expand the airport’s capabilities to service commercial international flights. Currently, when a private aircraft lands at GRR from an international airport, U.S. Customs and Border Protection, or CBP, agents meet and screen passengers at the aircraft. Without dedicated screening facilities, this limits their screening capacity to small aircraft.

The addition of an FIS will provide a permanent home at the airport for customs officers, allowing CBP to consolidate multiple locations into a single facility. GRR will place the FIS on the east end of the Terminal, building a corridor from Concourse B that would lead to a dedicated customs area, complete with screening equipment, security, holding cells and other FIS requirements.

“Our vision to add an FIS would allow Ford Airport to attract direct international flights to popular destinations,” said Airport Authority Co-Chair Floyd Wilson. “It would be an added convenience for business or vacation travelers to be able to start and end their international travel in Grand Rapids.

“This is a priority for the airport, but not something we can do without the support of the federal government. We will continue working on developing the needed partnerships to advance our case in Washington, D.C.”

With support from Sen. Peter MacGregor, former Sen. Dave Hildenbrand, former Rep. Chris Afendoulis and The Right Place, Project Elevate has already secured a $5 million grant from the Michigan Economic Development Corporation to begin work on curbside improvements needed for a federal inspection station, which is expected to cost a total of $24 million. Work on this portion of the project is slated to begin next spring and will cover improvements to the curb front and the addition of a new baggage claim device.

“The success of the airport is critical to economic development in our region,” said Birgit Klohs, president and CEO of The Right Place, Inc. and a GFIA board member. “The growth of West Michigan and the airport are inextricably linked. Whether we are retaining and growing local businesses or attracting new companies and talent, we need to have a world-class airport as the front gate to our region. Project Elevate will provide an impressive welcome for all those whose destination is West Michigan.”

The third portion of Project Elevate will be to move the air traffic control tower from its current location atop the airport terminal to the east side of the airfield. The Federal Aviation Administration requires that air traffic controllers must be able to see the entire airfield they control. The current placement of GRR’s tower limits the ability of the airport to expand the terminal complex both out and up, hampering development of aeronautical and non-aeronautical facilities and construction of new parking.

The current air traffic control tower opened in 1963 and is the second oldest tower in the top 100 airports across the country. GRR has been on the FAA’s tower replacement list for well over a decade, placed there at a time where eight or nine new projects started each year. Today, the FAA begins construction on only one or two new towers annually.