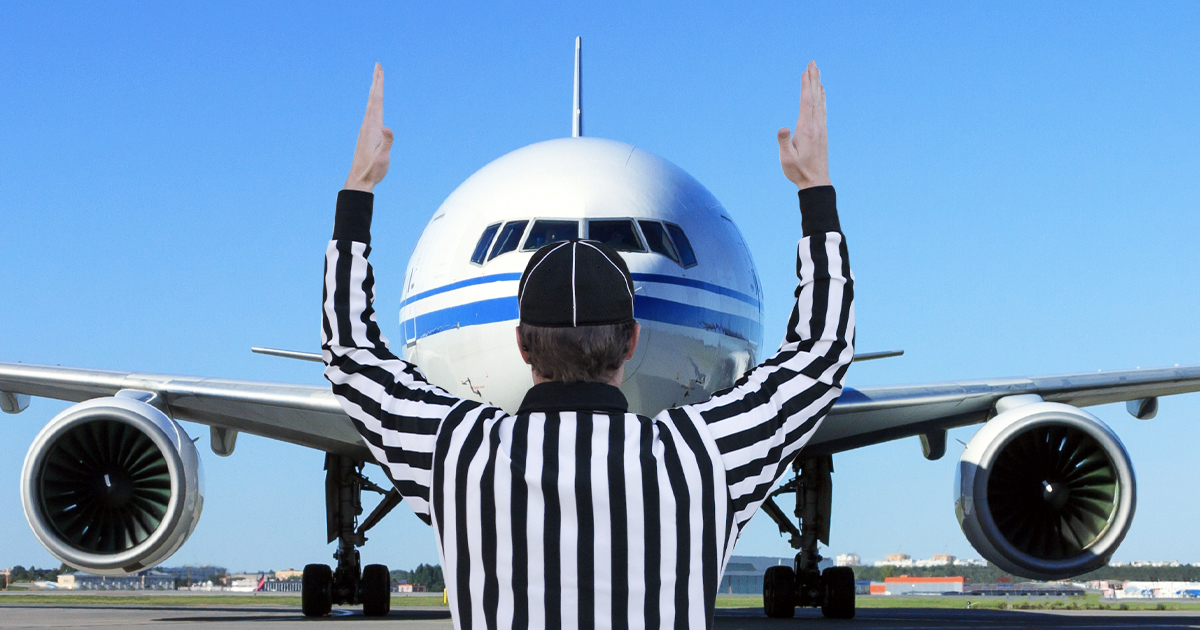 Nearly 1 million West Michigan viewers are expected to watch the 30-second ad, which leans on a football theme to underscore the ease of travel through Ford International Airport – complete with yellow flags over a penalty. Extra Credit Projects, the Airport’s marketing partner, created the ad, which was recorded and produced with Taproot pictures in Grand Rapids.

“We are excited to unveil this new ad to our fans during the game of the year,” said Dan Koorndyk, chair of the Gerald R. Ford International Airport Authority. “During last year, we introduced a new advertising campaign and tag line: Where the going gets good.

“Both have been well-received by our guests, helping to translate into high-expected travel numbers as we closed out 2021. We have confidence in the year ahead – and the Super Bowl felt like a great opportunity to showcase the Airport to our community.”

Travel numbers grew steadily during 2021 for Ford International Airport, reaching 2.9 million passengers – or 82% of its pre-pandemic numbers, which were records. The Airport enjoyed robust holiday and year-end travel seasons last year – and expects spring break travel to be just as busy.

“The Airport has experienced tremendous growth and continues to advance plans for additional development, making it a huge economic driver in the region,” said Rob Jackson, principal at Extra Credit Projects. “The scale of the Super Bowl felt right for their brand.

“People tend to look at Super Bowl advertising with a higher expectation for something fun and engaging, so it’s also a great challenge for us to represent Ford International Airport in a way people will relate to and enjoy. At the end of the day, it’s just exciting to be part of the big game and connect with such a broad audience in the region.”

Tory Richardson, president and CEO of Gerald R. Ford International Airport Authority, noted: “The Ford International Airport has an undeniable connection to football as former President Gerald R. Ford helped lead his Michigan Wolverines to two undefeated seasons on the gridiron nearly nine decades ago. Similar to how President Ford made big plays on the field during his football career, we are making big plays here to be a world-class Airport that provides our community with first-rate service.”