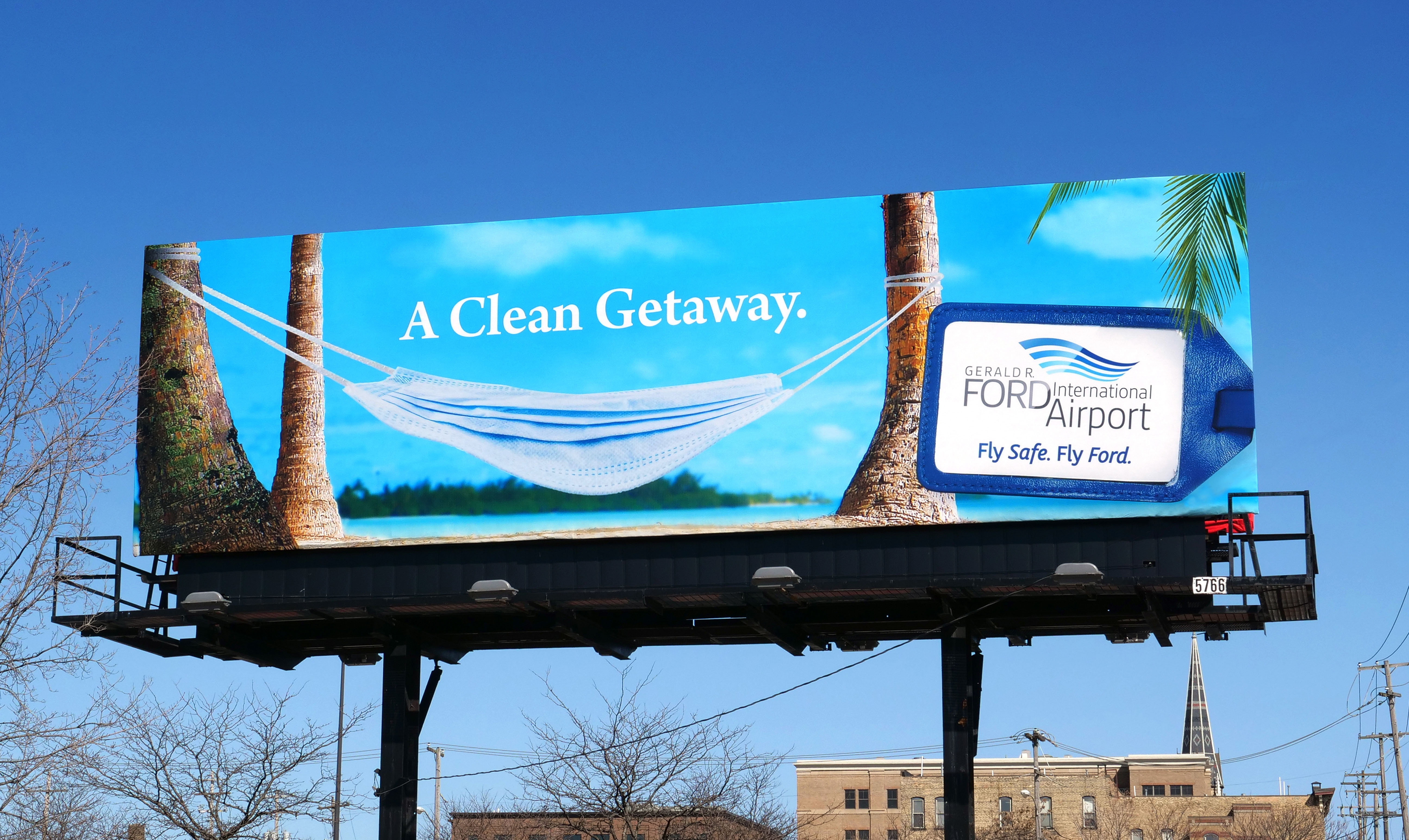 Ford International Airport and its marketing and advertising partner, Extra Credit Projects, received awards for print, video, outdoor, social and integrated campaigns, among others. In addition to the judge’s choice and best-in-show awards, the duo received multiple awards for the Fly Safe. Fly Ford.® campaign, including:

“We are incredibly honored to have been recognized by West Michigan’s advertising community for the creative and compelling ways we are getting our message out,” said Tory Richardson, president and CEO of Gerald R. Ford International Airport Authority. “Rob Jackson and the talented team at Extra Credit Projects have been a tremendous partner in this process.

“As air travel progresses towards pre-pandemic levels, we will continue to highlight all the reasons Ford International Airport is West Michigan’s best travel choice.”

The American Advertising Awards is one of the industry’s largest creative competitions. Regional creative agencies submitted ads for review by an out-of-market committee of their advertising peers. The Fly Safe. Fly Ford campaigns now go on to compete regionally.

"It seems fitting that the Gerald R. Ford International Airport, one of the biggest economic drivers in the region, won judge’s choice and best-in-show awards,” said Rob Jackson, principal at ECP. “As this work now goes on to compete regionally and then nationally, we believe it represents West Michigan well."

About the Ford International Airport

Extra Credit Projects is a Michigan-based advertising and design agency that is known for its big ideas, bigger impacts and giving everything a little extra. ECP serves a variety of clients and cause- based initiatives through its creative design, strategy and media services.

AAF West Michigan is one of 180 chapters of the American Advertising Federation, the nation’s oldest and largest advertising trade association and the only association representing all facets of the advertising industry.