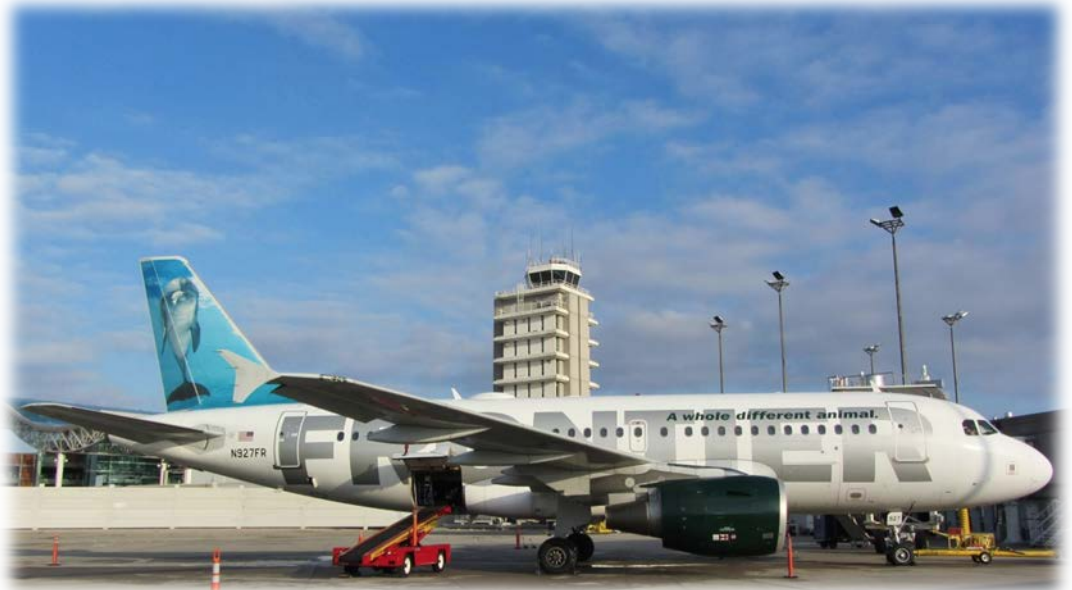 Grand Rapids, Mich. — June 2018 marks another record-breaking month at the Gerald R. Ford International Airport (GFIA), going down as the busiest June in the airport’s history and setting the pace for what could be another historical passenger year.June passenger numbers were up 17.5-percent year-over-year; resulting in the busiest June ever, and marking the first time GFIA has served more than a quarter-million passengers in the month of June.

“Summer in West Michigan is in full swing and we are noticing it at the Ford Airport,” said Gerald R. Ford International Airport President & CEO Jim Gill. “Not only are we seeing record-breaking passenger numbers, but we are seeing new faces and new travelers who maybe haven’t flown in a while or in the past had chosen to fly out of larger airports. With six airlines, 25 nonstop cities served, and over 120 daily flights we are giving passengers more options at affordable fares, and they are utilizing our airport – the easiest choice around.”

June 2017 saw 240,761 passengers, while June 2018 topped that in serving 282,863 – the second largest increase ever for the month of June. Each month of 2018 has resulted in record-breaking passenger numbers, and the Ford Airport is coming off a 2017 that saw over 2.8 million passengers - the fifth straight year of record growth. GFIA has seen growth in 59 of the past 66 months.

“Our airline partners continue to invest here and are adding more service through the summer with more routes, and larger aircraft to accommodate our growing passenger traffic,” said Gill. “We expect the record numbers and trends to continue in the busy summer months as West Michiganders visit the world, and as the world visits our beautiful West Michigan region.”

The upcoming summer is expected to be the busiest summer in the history of U.S. air travel, according to trade group Airlines for America (A4A). The group estimates that over 246 million passengers will fly in the U.S. between June 1 and August 31, 2018. Historically low fares and a strong economy are noted for aiding in that forecasted record-breaking summer travel period.

Because of the increases both nationally and at GFIA, those traveling are advised to arrive at the airport at least 90-120 minutes before their flight. Updated security screening information, tips on what to pack/not pack, and more are listed at www.tsa.gov.

GFIA has invested in new facilities to accommodate the growing traffic by recently completing Phase One of the Gateway Transformation Project – an upgrade in space, retail, food and beverage, restrooms, finishes, amenities, and customer service offerings. The project’s main feature is the consolidated passenger security checkpoint which centralized and combined security screening to one main checkpoint in the Airport. Construction also included new terrazzo flooring, lighting fixtures, pre and post security business centers, a military welcome center, kids play areas, and much more.

Phase Two of the Gateway Transformation Project is slated to begin in Fall 2018 with construction taking place at the airline ticket counters, baggage claim area, and ‘front of house’ area.

“As we continue to grow in traffic it is imperative that our facilities keep up with our passenger demand,” said Gill. “Our passengers keep coming back because we listen to their wants and needs, and as they do we will continue to do our part to improve our amenities, technology, customer service and infrastructure. We are excited to see what the future holds, and we hope to add more growth in the years to come.”

With 15-Percent Rise in April, GFIA Passes OneMillion Passenger Mark Earlier Than Ever