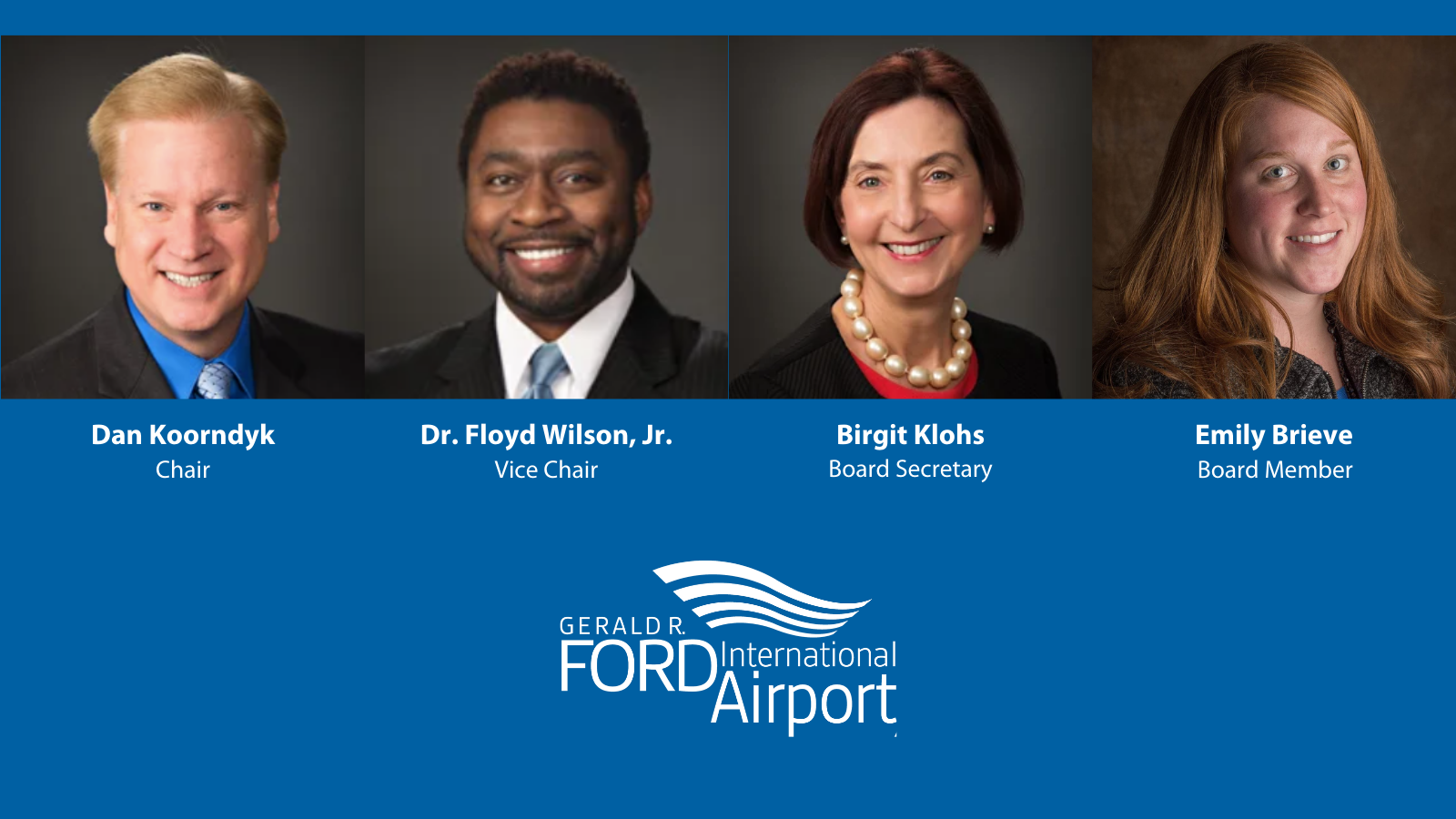 In her new role, Brieve will join six other board members in the general oversight of the Ford Airport, the second busiest airport in Michigan. The Authority has undertaken numerous projects to enhance the guest experience in the past years. Since the onset of the COVID-19 pandemic, it introduced its Fly Safe. Fly Ford. campaign to restore confidence in the flying public.

“I’m honored to join the board of the Ford Airport, which is a cornerstone of our region,” Brieve said. “The Airport serves a critical role by connecting West Michigan to the world and by serving as an economic catalyst for our region. I look forward to contributing to the board as we continue to establish the Ford Airport as an industry leader.”

In her role as a Kent County commissioner, Brieve has represented the 10th District since 2014. She serves as vice chair of the Finance and Physical Resources Committee as well as chair of the Board of Public Works and Community Health Advisory committees. Additionally, she serves as a trustee of the Grand Rapids Public Museum and is a member of the West Michigan Sports Commission.

“As the Ford Airport continues to re-engage travelers during COVID-19, having strong leaders like Emily will be key to our success,” Koorndyk said. “Her background in public service will be an asset to our board, as will her strengths in business. Our entire team welcomes Emily to the Ford Airport.”

Outside of her roles in public service, Brieve works for her family’s small business, FastoolNow.com, selling construction and industrial tools and supplies. Previously, she worked as a legislative assistant in the Michigan House of Representatives.

Brieve is a graduate of Calvin University, where she studied business and communication. She lives in Caledonia with her husband, Mark, and their two young sons, Jonah and Micah.