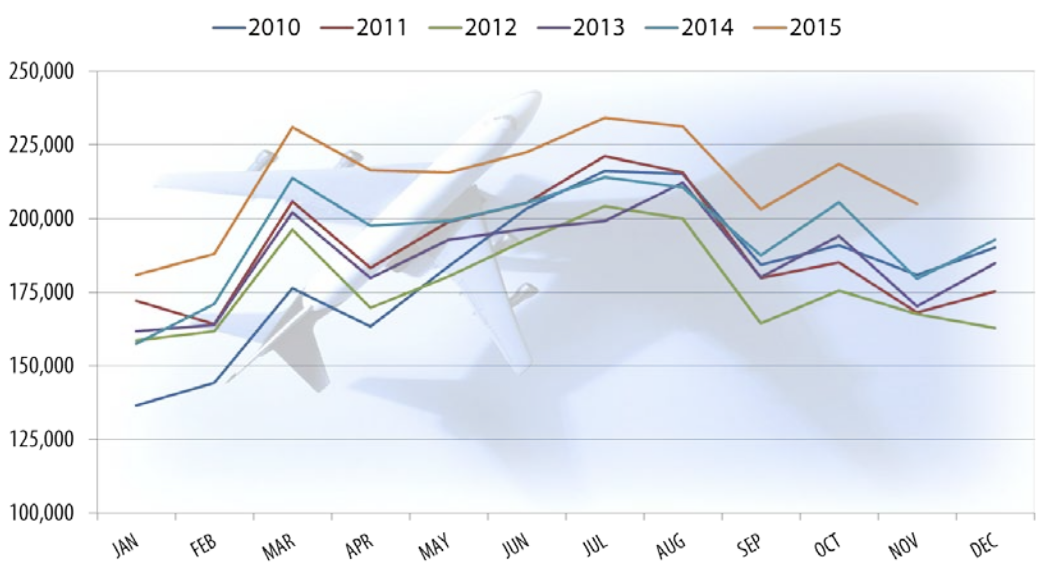 The record breaking month also marks the first year that GFIA has served more than 200,000 passengers in November with 205,088 passengers enplaned and deplaned, a 14.16% increase.

“2015 has been another tremendous year for passenger growth, and we could not be more thrilled by the support from our area passengers,” said GFIA Executive Director Brian Ryks.

“As a result of this growth, our airline partners are taking interest by investing in more seats through the introduction of larger aircraft and additional nonstop routes to and from Grand Rapids, which is good for our entire region.”

In July 2015, 234,282 total passengers passed through GFIA, the best month in airport history. GFIA monthly passenger statistics are available on our website here.