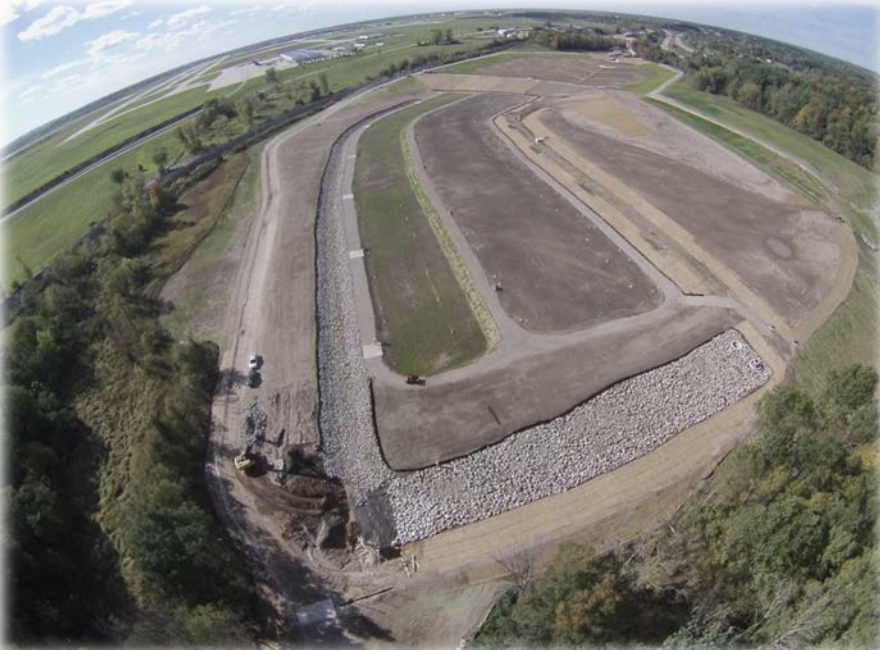 “Each year, our member airports continue to impress in their ability to innovate and implement better and more sustainable strategies to protect and preserve the environment,” said ACI-NA President and CEO Kevin M. Burke. “Minimizing our industry’s environmental footprint not only protects valuable natural resources, but it also makes great business sense because we know that sustainable business habits reduce operating costs. The recipients of the 2016 ACI-NA Environmental Achievement Awards are true leaders in the field of environmental management, and I congratulate them on their success.”

Established by the ACI-NA Environmental Affairs Committee, the annual Environmental Achievement Awards acknowledge the hard work and achievements of ACI-NA members by promoting awareness more broadly within the airport community, the general public and regulators of the many notable and innovative efforts being undertaken by environmental professionals at airports.

ACI-NA annually awards up to four awards recognizing outstanding achievement in the categories of Environmental Management, Environmental Mitigation, Outreach, Education and Community Involvement, and Innovative/Special Projects. The winning airports must demonstrate the environmental benefit of their project and its innovative approach, effective implementation, applicability and cost-effectiveness. Many promising submissions were received this year, and the strong field created a challenging selection process for this year’s panel of judges.

Award winners will be invited to present the details of their projects and will be recognized at the 2016 ACI-NA Airports@Work Conference, set to be held April 18 – 21, 2016, in Austin, TX.

Environmental Management Award Category: Tampa International Airport was selected as the winner for their “Legacy of Environmental Actions for the Future” project as part of their comprehensive Sustainable Management Plan program. LEAF is the mechanism for the airport to operate more sustainably at all levels of the organization and includes 22 goals and 36 initiatives, such as: reducing greenhouse gas emissions and potable water use; increasing recycling and energy efficiency: improving employee health and wellness; and supporting the surrounding community.

Outreach, Education and Community Involvement Award Category: Vancouver Airport Authority won the outreach award for their “Waste Wars” project, designed to increase composting from airport food and beverage tenants while reducing overall solid waste. This project involved a robust airport tenant training and engagement program, and in just a few months the airport increased the amount of waste diverted from a landfill by over 10 percent. This project has contributed towards the airport’s commitment of 50% waste diversion from landfills by 2020.

Special/Innovative Projects Award Category: Nashville International Airport won the Special/Innovative Projects award for their “Geothermal Lake Plate Cooling System” project, which takes advantage of an existing quarry to develop a geothermal lake plate cooling system (the largest in North America) to provide water for the Airport’s cooling and irrigation systems. The project will result in lower electricity use and cost (and therefore reduced greenhouse gas and other air pollutant emissions) and a reduction in the amount of potable water used by the airport among other benefits.

Mitigation Award Category: Gerald R. Ford International airport won the Mitigation award for their “Sustainable Stormwater/ Deicing Runoff Control” project. The airports project involved an extensive planning and design process with significant and sustained engagement from both airport and community stakeholders to come up with solutions to address glycol-impacted stormwater runoff from the airport.

Airports Council International - North America represents local, regional and state governing bodies that own and operate commercial airports in the United States and Canada. ACI-NA member airports enplane more than 95 percent of the domestic and virtually all the international airline passenger and cargo traffic in North America. More than 340 aviation-related businesses are also members of the association, which is the largest of the five worldwide regions of Airports Council International.